Every year, numerous number of slope failures are induced by heavy rainfall in Asian countries, and many lives have been lost in such disasters. This research project, financially supported by e-ASIA JRP, is carried out by researchers with diverse expertise in three countries, Japan, Thailand and Vietnam, that share similar circumstances under the influence of monsoon. It is expected that such an energetic research team will be able to study slope disasters deeply from multiple angles. Generally, slope failures are caused by a combination of potential factors (e.g., geological and geomorphological conditions) and direct triggers (e.g., rainfall intensity and infiltration). The geological and geomorphological conditions in each slope can be organized explicitly based on ground investigation and remote survey, and the potential vulnerabilities on each slope are exposed by such preliminary explorations. Rainfall produces an external force that may cause the slope instable temporarily, and the clarification of the threshold of slope failures can be achieved by careful weather observations. In this research project, our goal is to develop a simple method for creating rainfall-induced landslide susceptibility maps to help reduce landslide disasters. Both the potential factors and the direct triggers for slope instability are appropriately considered in the developed method, and the predicted results can be used for evacuation of residents affected by the disasters. The essential elements for our final outcomes are as follows:

– Means of rainfall observation and forecast

Observing devices and means for transmitting their signals will be widely implemented in mountainous areas. A new technology will bring them to the interface for real-time disaster prevention system.

– A sophisticated method for prediction of slope disasters

By developing a prediction method for rising groundwater in each slope, it will be possible to facilitate real-time evaluations of slope stability under heavy rainfall, which will be helpful in early warning in hilly regions. 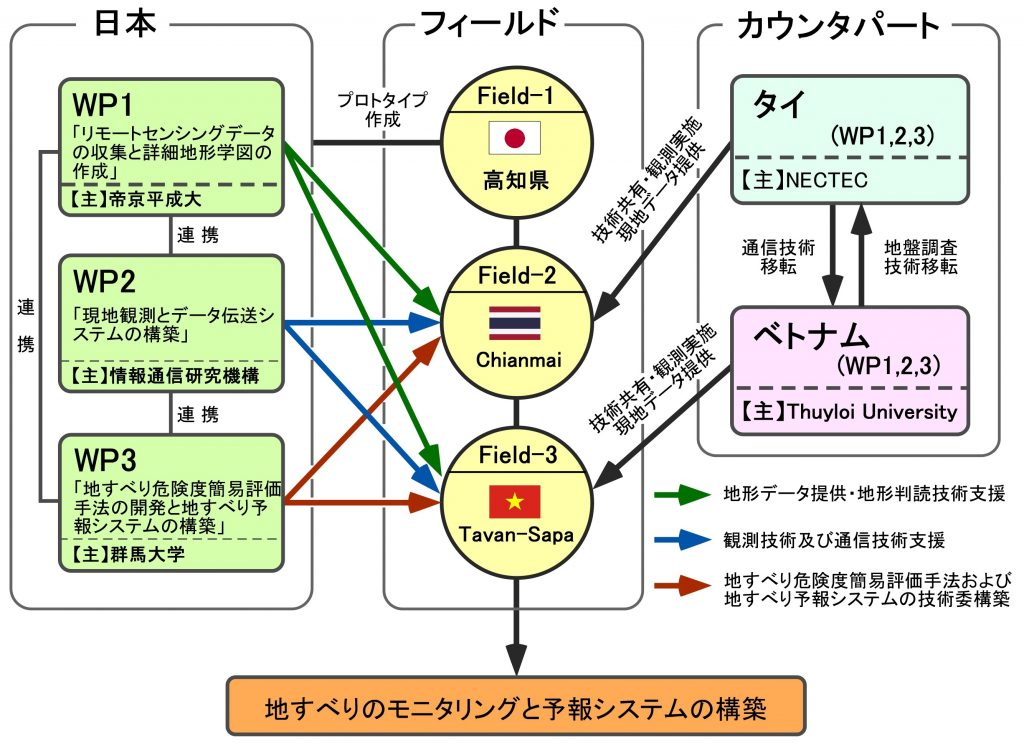 The general description for “e-ASIA Joint Research Program” is overviewed in the following website.
https://www.the-easia.org/jrp/