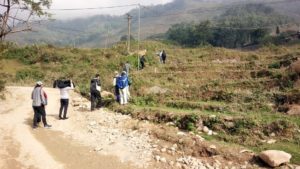 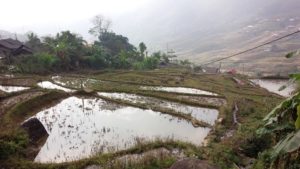 We also made those investigation of surficial soil as follows at TestPoint1 and TestPoint2. 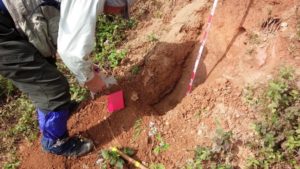 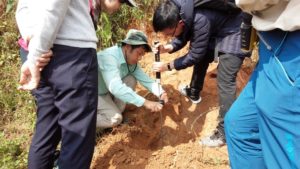 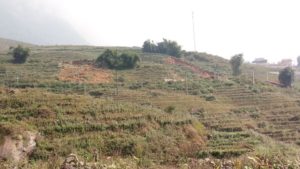 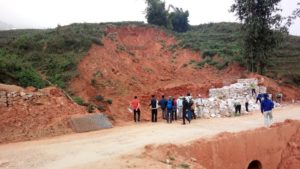 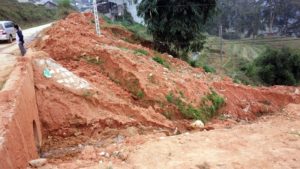 Site #2 is deeper and steeper than #1, and largely part of landslide mass was eroded. 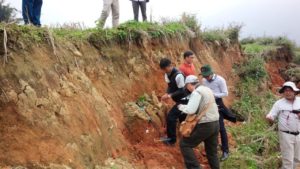 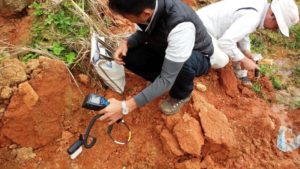 Then we made a field investigation, simple topographic surveying of longitudinal section with laser gun, and took aerial photos by UAV.