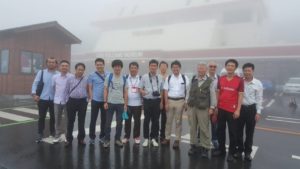 We had a field excursion in Aso district, Kumamoto prefecture, to visit the Aso Volcano Museum and to see the current status of Aso district, which was severely suffered by the 2016 Kumamoto earthquake. Because of bad weather, visits to a large-scale landslide site at the Aso-Ohashi bridge and the Takadake monitoring site were canceled. 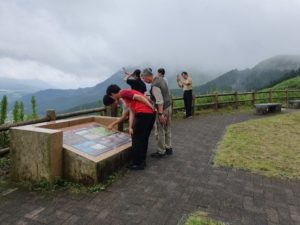